This blog contains the common sense thoughts of three concerned Americans: Dave, Bill, and Brian. Others are welcome to post their comments.

Dave
Carlisle, PA
My best friend is my wife, Barbara. Though I am concerned about my country, I am at peace about our future.

Quotes we must never forget!


"Those people who will not be governed by God will be ruled by tyrants." William Penn

"We have no government armed with power capable of contending with human passions unbridled by morality and religion. Avarice, ambition, revenge or gallantry would break the strongest cords of our Constitution as a whale goes through a net. Our Constitution is designed only for a moral and religious people. It is wholly inadequate for any other." John Adams

“The most effectual means of preventing the perversion of power into tyranny are to illuminate the minds of the people.” Thomas Jefferson

"I cannot undertake to lay my finger on that article of the Constitution which granted a right to Congress of expending, on objects of benevolence, the money of their constituents...Charity is no part of the legislative duty of the government." James Madison

"The American Republic will endure until the day Congress discovers that it can bribe the public with the public's money." Alexis de Tocqueville

"I cannot find any authority in the Constitution for public charity. [To approve this measure] would be contrary to the letter and spirit of the Constitution and subversive to the whole theory upon which the Union of these States is founded." Frankin Pierce

"All political power is inherent in the people, and all free governments are founded on their authority and instituted for their benefit; and that they have at all times an undeniable and indefeasible right to alter their form of government in such a manner as they may think expedient. This means that the citizen who thinks he sees that the nation’s political clothes are worn out, and yet holds his peace and does not agitate for a new suit, is disloyal; he is a traitor." Mark Twain

"You and I, as individuals, can, by borrowing, live beyond our means, but for only a limited period of time. Why, then, should we think that collectively, as a nation, we're not bound by that same limitation?" Ronald W. Reagan

"We have four boxes from which we can defend our freedom: the soap box, the ballot box, the jury box, and the cartridge box." Larry McDonald

“That government is best which governs least” Henry David Thoreau

"The American people will never knowingly adopt socialism, but under the name of liberalism, they will adopt every fragment of the socialist program until one day America will be a socialist nation without ever knowing how it happened." Norman Thomas, Socialist Party of America

"Socialism was the tragic failure of the twentieth century. Born of a commitment to remedy the economic and moral defects of capitalism, it has far surpassed capitalism in both economic malfunction and moral cruelty." Robert Heilbroner, committed socialist (for most of his life)

"To sit home, read one’s favorite paper, and scoff at the misdeeds of the men who do things is easy, but it is markedly ineffective. It is what evil men count upon the good men doing." Theodore Roosevelt

"A word to the wise ain’t necessary--it’s the stupid ones that need advice." Bill Cosby

"It does not require a majority to prevail, but rather an irate, tireless minority keen to set brush fires in people's minds." Samuel Adams

What's good for the goose...

Got to admit, I love hearing the mayors of these so-called sanctuary cities whining and complaining about the bus-loads of illegal aliens from Texas being dropped off in their cities. Kudos to Governor Greg Abbott for a brilliant move. 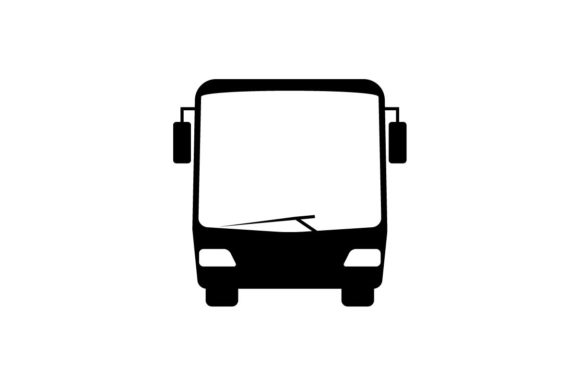 June 24, 2022 will go down as a great day in the history of America, alongside the passing of the 13th Amendment. No longer will Jesus be forced to bring judgment on the entire nation but can now parceled it out state by state as each decides to what degree they will allow the legalized slaughter of preborn children. May God be thanked for the untold thousands of lives that will be saved. 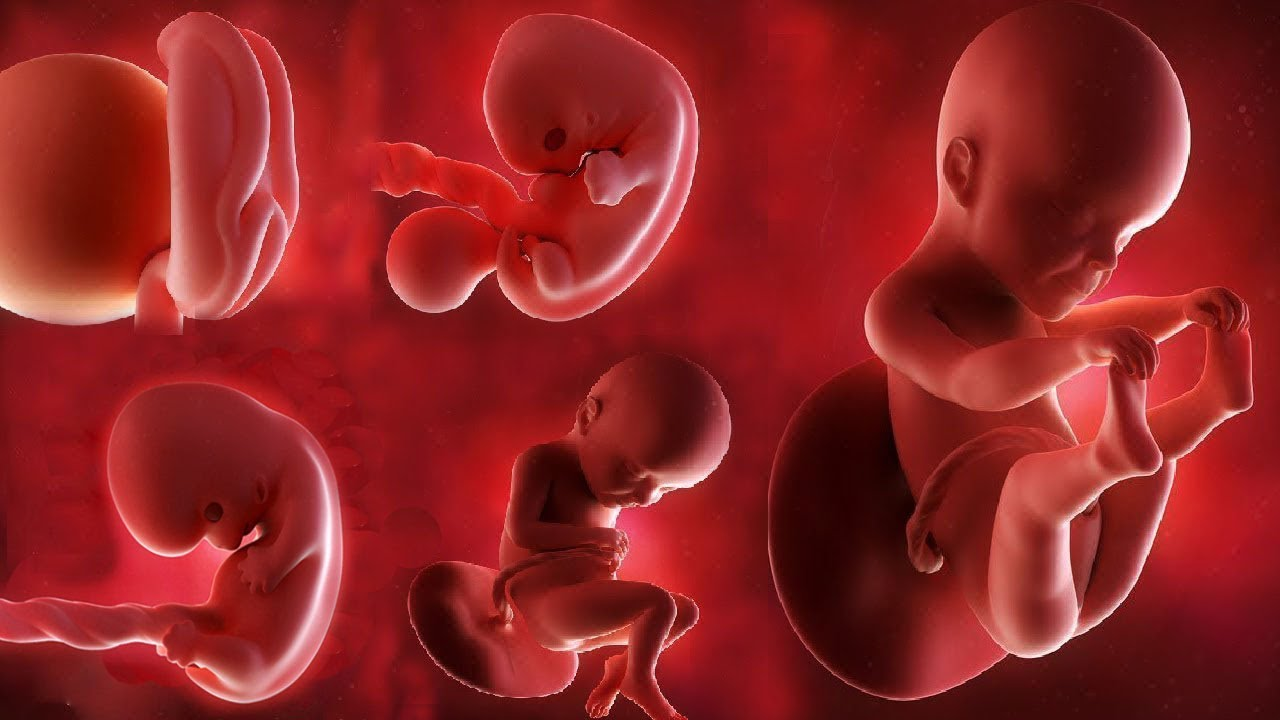 In a recent meeting with "faith leaders," our vice president made the following remarks about the current abortion conversation: "So, that conversation, of course, in my mind, is a conversation that requires us to also discuss whether we value the concept of self-determination — the ability of an individual to make decisions about their own life and the future of their life and the choices that will directly impact so many other choices.”

Note the word "future." This sounds like a condemnation of abortion, since if we value the concept of self-determination and the right of every individual to make decisions about their own life and the future of their life, then shouldn't we favor protecting and preserving these values for every living human being. After all, everyone knows that an unborn child is alive and everyone knows it's human (what else could it be?). This makes an unborn child a living human being. But sadly the VP wasn't talking about these values as they pertain pre-born babies but to their mothers. Ms. Harris went on to say that the right of a mother to kill her child in the womb should be “unfettered” by the government and the courts. This is evil in it's purest form. And the so-called faith leaders who were present should have booed her and stormed out. But they didn't. May they hang their heads in shame.

A safe world for all of us

Actress Reese Witherspoon tweeted: “No one should be able to purchase a semi-automatic weapon, cross state lines and kill 2 people, wound another and go free. In what world is this safe ... for any of us?” Another way of saying this would be: No one should be able to defend himself from three men who are chasing him, pointing a gun at him, kicking him, and hitting him with a skateboard.

“In what world is this safe…for any of us?” she rhetorically asks. The answer is: in a world where you are not chasing a teenage boy with a rifle, pointing a handgun at him, kicking him, and hitting him with a skateboard in a three-against-one melee.

A more pertinent question would be: In what world is anyone safe who is on a movie set with Alec Baldwin, who clearly pointed a gun toward two people and squeezed the trigger? He may have thought it wasn’t loaded, but he should have known that you never point even an unloaded gun at another human being. And if you are ignorant enough to do so, you never ever squeeze the trigger.

In the Kenosha case, three violent thugs were shot because they were attempting to harm a teenage boy. In the movie set case, one young wife and mother is dead and the director is wounded because they just happened to be standing in the wrong place at the wrong time in proximity to the wrong person. So Ms. Witherspoon, I ask you: Which situation would in point of fact be more dangerous for any of us?

If Americans, whether soldiers or civilians, start getting killed in Afghanistan, Biden is finished!

Biden out, Harris in?

The paragraphs below are part of an analysis on CNN today. The Left must be getting ready to move Biden out and bring Harris in.
Biden's judgment as commander-in-chief is being called into question since he is on record, in damning video footage, saying that the Taliban's victory was "not inevitable." He said there would be no Saigon-style pictures of helicopters lifting off the roof of the US embassy in Kabul. That exact scenario unfolded this weekend after the US rushed to get its people out, and the Stars and Stripes was run down the flagpole as the fundamentalist militia routed by the United States in 2001, surged back into the Afghan capital.
Biden was at Camp David all weekend and did not speak to the American people on camera. He did release a paper statement justifying his decision to leave Afghanistan, in which he spoke, misleadingly, about an "orderly" evacuation. And photos of Biden in a secure conference room at the presidential retreat, in a polo shirt, speaking with officials on screen, hardly promoted the intended image of an engaged commander-in-chief.
Posted by Dave at 9:25 AM 1 comment:

If you are Pro-Choice, please watch this... 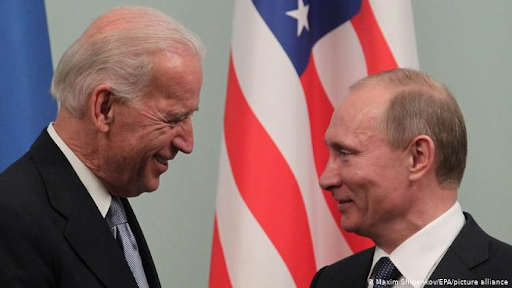 The people criticizing Rush for being homophobic and racist are putting their ignorance on display. They clearly have not been regular listeners. I have listened to Rush for over 30 years and have never heard him even suggest that he harbors animosity toward anyone due to race or sexual orientation. Sure, he has made fun of numerous politicians, but that has always been because of their politics and has never had anything to do with their race or sexual proclivities. I challenge these critics to produce one bit of evidence that Rush was anything like they way they are portraying him. What a pack of liars.

"Let me tell you who we conservatives are: We love people. When we look out over the United States of America, when we are anywhere, when we see a group of people, such as this or anywhere, we see Americans. We see human beings. We don't see groups. We don't see victims. We don't see people we want to exploit. What we see is potential. We do not look out across the country and see the average American, the person that makes this country work. We do not see that person with contempt. We don't think that person doesn't have what it takes. We believe that person can be the best he or she wants to be if certain things are just removed from their path like onerous taxes, regulations and too much government."